Interest in space travel will continue to shift from national to commercial use in the future. Especially here, future research focuses will be limited by topics that increase the efficiency and thus the economic efficiency of space travel. One of the most fundamental objectives is to increase the payload of missiles. With regard to efficiency, our experiment deals with improving the structure in order to achieve a higher payload ratio. With this in mind, the FLOMESS project intends to continue an ongoing project at the Bundeswehr University Munich (UniBw). 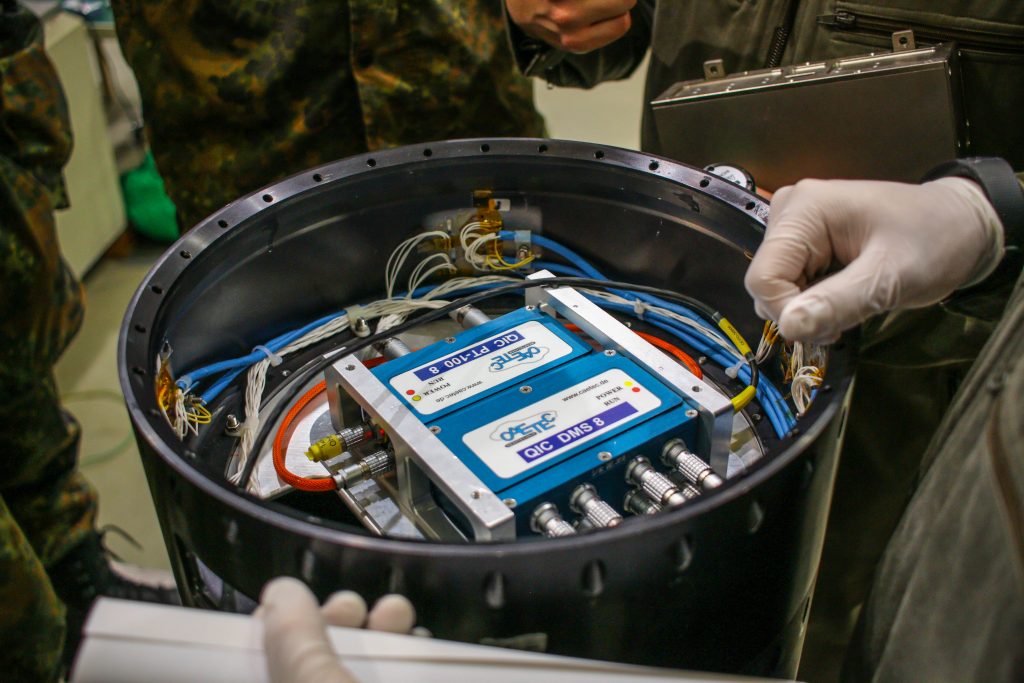 The FLOMESS experiment (Flight LOading MEasurement SyStem) is intended to measure the structural loads during the flight of a rocket. The resulting strains are measured to calculate the cutting loads that occur. In addition, the system should also take thermal expansion into consideration in order to isolate it from the measurement. This is necessary to determine the pure structural loads. Strain rosettes and temperature sensors are used directly on the inner surface of the experiment module.

Expected forces and moments of a rocket [1]

In order to be able to deduce the load from the measured output signals of the strain gauge rosettes, the Skopinski method was adopted from earlier work. This method was specially modified for use on a sounding rocket to include all resulting internal forces.

A precise knowledge of the loads during flight should help to improve the existing semiempirical methods of load prediction. Since these predictions influence the design of the rocket, efficient rocket design can be achieved by reducing system-deposited safety factors and increasing the payload ratio.

The work on the experiment is divided into the following three core sections:

In addition, there are the equally important support tasks involved in a project such as: